2. Joe Goddard – Music Is The Answer: Joe Goddard’s sophomore solo album ‘Electric Lines’ is coming out on 21st April on Greco-Roman/Domino, and with tunes this catchy it’s certainly one to look out for. For the Londoners amongst you, catch his next solo live show at Heaven on 4th May.

3. Thundercat – Show You The Way (feat. Michael McDonald & Kenny Loggins): Thundercat dropped this smooth-as-you-like number featuring the legendary Kenny Loggins and Michael McDonald earlier on in the week. It’s a little precursor to his hefty global tour and star-filled LP due out in March – Flying Lotus, Kendrick Lamar and Pharrell are a just a few of the names featured on the team sheet. Stay tuned.

4. Yaki Incipient – Cracked: This is the second release on new label South Street (see Urulu’s offering for the first) and it’s penned by Yaki Incipient, supposedly an already ‘prominent Dutch house and techno artist’. Mystery aliases aside, the tune’s a thumper and we can’t get enough of the infectious disco loop.

Mix of the week’s from London-based Renata and her offering to the Gottwood mix series, just over sixty minutes of balearic goodness, global flavours and chugging house:

Head over to our SoundCloud page for more of our favourite music including recent tracks from Jacques Greene, Gidge and Fold, amongst others.

Peckham Rye Music Festival returns for a second year running, this time bigger and better expanding over two weekends. Taking place over four indoor and outdoor stages within Copeland Park, there’ll be a host of workshops, talks, fringe events and parties to get your teeth into. 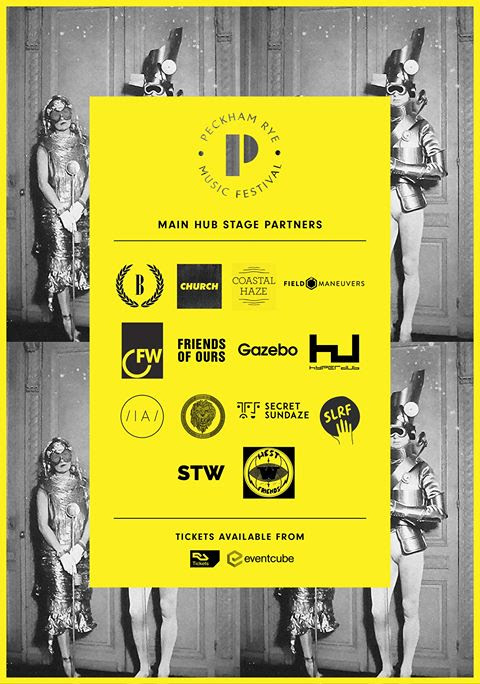 With a stellar list of 14 partners on board including Stamp The Wax, Secretsundaze, Balamii and Field Maneuvers, the nine day festival’s set to showcase a vast amount of talent ranging from renowned international acts to a handful of Peckham’s finest.

Get your earlybirds in here and find out more on the event here.

1. Sauce81 – Dance Tonight: Next up on Alexander Nut’s Eglo Records is this wonderful slice of boogie/disco/funk served up by Tokyo-based producer Sauce81. Pre-orders here.

2. Chaos In The CBD – North Pole Cafe: South London (via New Zealand) producers CITCBD have teamed up with friend and collaborator Jon Sable to present a new imprint, In Dust We Trust. ‘North Pole Cafe’ features on the first EP from said label and it’s both soulful and melancholic. Head over here for the rest of the EP.

3. JeanGa and George – Compromise: As premiered on Dummy Mag yesterday, London-based duo JeanGa and George drop this hypnotic, piano-heavy number as one of the lead singles off their debut album,’European Repetitive Beat‘ (out today).

4. David Douglas – Highway Of Love: Big year for Dutch producer/artist/video director David Douglas with his new album ‘Spectators Of The Universe’ being released on Atomnation on March 24th. His live show sounds like a (technical) blast so keep an eye on his socials for tour dates.

And for the longer listen. This week’s edition of Harbinger Kurt’s Bloop radio show – an exploration of ‘the wonderfully opaque landscape of electronic music ’ – is filled with some excellent unsigned material, popular forthcoming releases and some of their older favourites too. It’s a goodie.

January’s edition of our monthly playlist is bursting with a wide range of talent from all across the globe.

And one for the diaries. 4th March we’re having a party. Lock it in.

Saturday 22nd April, The Hydra are bringing this belter of a line-up to Printworks, one of London’s most exciting new venues. Don’t hang around, secure your place for the 10-hour masterclass behind the decks at the cavernous venue now. Pampa Records head-honcho DJ Koze heads up the billing in this star-studded affair. Sharing a passion for crate-digging, both Motor City Drum Ensemble and Jeremy Underground also appear on the line-up and will be serving up the finest in disco, house, funk and everything in between.

And as if that’s not enough, Rush Hour co-founder Antal and The Hydra’s very own Dolan Bergin complete the line-up for this special event at Canada Water’s brand new hot spot. 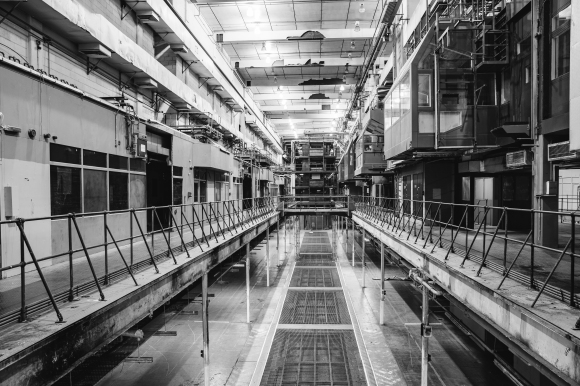 Do the right thing and grab a ticket now for this landmark party. Don’t sleep – they’ll be gone real soon.

1. The Black Madonna – He Is The Voice I Hear: The Chicago-based producer and widely-acclaimed selector kicks off 2017 in style with this 10-minute disco belter. The already-sold-out-on-vinyl-but-still-available-digitally release is the first on her brand new label, We Still Believe. A firm favourite of the year thus far.

3. Francis Inferno Orchestra – Oasis (Celestial Body Mix): Wonderful nod to the 90s rave era, this Celestial Body mix is part of the three track ‘Oasis & Time’ EP. You can get your hands on it on 30th January courtesy of FIO and Fantastic Man’s Superconscious Records.

5. Aera – Rotunde: Berlin-based ‘Rotunde’ unveils this perky number ahead of his four track EP due out on soon on John Talabot’s Hivern Discs.

You can wash all that down with this excellent mix the Dutch duo Fouk served up on Brisbane-based radio show and label Beats Of No Nation ahead of their Australian tour.

2. DJ Seinfeld – Forget U: Another dreamy cut from the hotly-tipped DJ Seinfeld aka Rimbaudian aka Armand Jakobsson.

4. Jad & The – Love Tool: Infectious, jazzy number from the Berlin-based, Australian producer formerly known as Jad & The Ladyboy. Keep an eye out for the Super Fun Bumper side-project he runs with Charles Murdoch too.

And for your Brucey Bonus this week, plug into Tim Sweeney’s Best of 2016 show for an extended listen. It’s goood.