Right. It’s Monday, so we’re going to do this slightly differently. Conscious of the prevailing mindset at the start of the week, sympathetic to your lingering hangovers, and eager to provide you with the musical tools to get yourselves back on track, your monthly Human Drizzle playlist is here.

Whereas before we have launched straight into party tunes, this time things get off to a more restrained start – with Jai Paul and (uncharacteristically) Major Lazer providing the aural balm that you may just need first up. Man Like Me are somehow restrained until track seven, when things get a little rowdier – before a diverse second half which speaks of a fruitful April for new music. Long may it continue.

By the time of next month’s playlist, we will be residing in shiny new e-premises. More on that soon, but in the meantime we hope you enjoy this.

You may have seen Camden scamps Man Like Me in this IKEA advert (isn’t it depressing that life isn’t really like that, no matter how much IKEA furniture you buy?) which happily has paid for them to put together a new, as yet unnamed, album. If you liked the ad, you’re probably going to like their tunes. From the riotous genius of ‘Carny’ to the Bergkamp-referencing ‘Peculiar’, Man Like Me are about as fun as it gets without becoming irritating. Their new single, ‘Squeeze’, continues in the same vein. It’s bouncy, summery and a right old laugh. With two lyricists in the mould of talkers like Ian Drury and Mike Skinner (whose label, The Beats, is putting out their record), they hook you in and put a smile on your mug.

‘Squeeze’ comes out on the 28th May and you can catch Johnny and Peter in all their jazzy-shirted glory at various venues over the summer, including at the gloriously named, ‘Strummer of Love’ festival. It’s a yes from us, that one.

Jessie Ware’s rise has been meteoric, with her solo career going from strength to strength following her introduction to our eardrums via vocals on tracks by Joker and, most famously, SBTRKT. Her first efforts on her own, ‘Strangest Feeling’ and ‘Running’, are HD favourites – and her latest offering, ‘110%’, is the best of the lot. Produced by fellow artist-of-the-moment Julio Bashmore and borrowing the shuffling beat which gave Kelis’ ‘Millionaire’ much of its charm, ‘110%’ is a lovely bit of whimsical pop music that we hope to hear a lot more of this summer.

This is the kind of collaboration that really gets our juices flowing. On the buttons here is minimalist man of the moment Nicolas Jaar. The recipient of his wizardry? Another artist we’ve championed previously, the US producer Shlohmo (aka Henry Laufer).

Shlohmo released an EP entitled ‘Vacation’ in February this year to critical acclaim – and he’s now serving up a remix album of that EP, with the highlight for us being this track, ‘Rained The Whole Time’. The original is beautifully understated and contains a brilliant bluesy guitar riff, but Jaar breathes further life into the track and gives it yet another layer of abstract bombasity.

Even though the tune is extremely powerful, the music isn’t everything here and the dream team collaboration extends beyond the music makers. They’ve enlisted Video Marsh to produce this aptly fluid and introspective video. The brotherly film-makers Nic and Chris Bowen, who’s CV also includes work for Crystal Castles and Caribou, have given this tune the perfect visual experience.

The end of this month will see Kwes’ first major release on Warp Records, and the taster track ‘Bashful’ has whetted our appetite nicely.  A classic case of the ‘backroom boy’ (we’re not sure the phrase’s Victorian workhouse overtones quite do the man justice) coming to the fore, having tweaked and twiddled for the best and brightest during his short career (he’s 24) he’s now reluctantly stepping forward with four pieces of zeitgeisty alt-pop.

His production track record is impressive to say the least. He has worked with (take a deep breath…) the xx, Joe Goddard, Damon Albarn’s Monkey opera, Zero 7, DELS and Speech Debelle, he was in Ebony Bones, spent July in 2011 visiting the Democratic Republic of Congo with T.E.E.D and others (where they recorded an album with Congolese musicians) and has toured with Leftfield. Massively jel.

Chances to see Kwes step out of the shadows are plentiful in the coming months, including a turn at the previously-blogged Land Of Kings and a fascinating-looking night at the Queen Elizabeth Hall with Micachu as part of their ‘genre-colliding’ Kwesachu project. We say ease into the week with this dreamy tune, then go and see the man himself serenade you live.

It’s Friday and, after a string of subtle tunes on HD, we feel it’s time for a blow out to get you ready for the weekend. Turin-based Analog People In A Digital World (APDW to their friends) have been making jazz-infused house for a couple of years now, with last year’s reworking of St Germain’s ‘Rose Rouge’ getting a lot of attention across Europe’s hip discotheques. Now ‘dance’ legend Tocadisco has produced a remix of the remix, and it’s really very good (if a little silly). We suggest you turn it up very loud indeed and get ready for the weekend. We continue…

A pioneer of the post-everything age in which we reside, Becoming Real here features all of his trademark traits. It’s got the underlying ambience, the infectious techno beats and the chopped vocals, this time in the repetition of the endearing lyric “I think of…you.” What we love most about Becoming Real though is his ability to meld all of these sounds together. On paper it shouldn’t work but he manages to make a tune intimate and dreamy, relaxed and urgent, all at the same time.

Accompanied by a typically frantic and fractured video, put together by director-in-crime Matt Reed (only check out ‘Like Me‘ if you’re in a good place up top), this track is being given away for free as a pre-cursor to the release of his mini-album “Solar Dreams/Neon Decay”, which is out on the Moshi Moshi-affiliated Not Even label at the end of May. Go get. 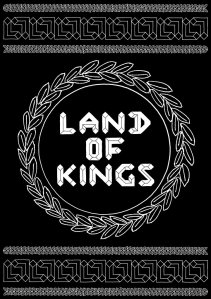 Unbelievably, and with blessed relief, festival season is nearly upon us. First up on our radar on May 4th/5th is the Dalston-based Land Of Kings, sprawled over the ever-growing number of nightspots in and around London’s fashionable Kingsland Road. Building on the somewhat rough and ready success of last year, they’ve already announced some tasty looking acts: Slow Club, Elphino, NZCA/Lines, Maruice Fulton and Speech Debelle, to name a few.

Almost as exciting (almost) is the Art/interactive programme, with projects from Hackney Film Festival, Classic Album Sundays, Hammer & Tongues, Literary Deathmatch, Dalston Darlings Women’s Institute and Punch Drunk’s sister company, Gideon Reeling. Given the organisers’ knack of seeking out spaces off the usual clubbing track (see 4 Aces), all this feels like a good way to shake off the festival cobwebs.

In 2010 Jai Paul got everyone all excited with ‘BTSTU’, a gorgeous slice of sonic wobbliness with a killer tune and a perfectly fragile vocal. Two years and no music later, he’s back – with another gem in ‘Jasmine’. Plenty of people have made this kind of music in the intervening period – many of them very successfully: but, on this evidence, there is still room for Mr Paul.

It’s music for late nights, in a Weeknd sort of way, and it’s hard to dislike the inventive rhythms and catchy hooks which flow through this one. Little is known about the artist, which may be deliberate (‘Jasmine’ is coming out on XL): either way, we just hope he’s here to stay this time.

Bwana – This Is Real

Boy are we excited about this upcoming release from bass aficionado Bwana. Coming out on Jeffrees, a sub-division of Diplo’s very own Mad Decent label, this track is the B-side to his next single ‘Can’t You Just‘.

We were shocked to find out that firstly this chap is only 20 years old. Secondly, although his sound has a distinct UK feel, he hails from Toronto, Canada, but is currently residing in Leeds, UK. This is excellent news; he’s doing a couple of dates in April around the UK, but keep your eyes peeled for more, they’re bound to snowball in the gear up to the festival stretch.

We love this tune’s incredibly infectious looped samples and it’s bass-heavy back drop. He’s obviously been fairly busy of late too: also on repeat on our stereo are the aforementioned A-side and a remix of ‘Midland‘, originally by London-based, indie-poppers, Arthur Beatrice.